KFH Barn Dance and Frolic - The history of this show begins in 1939 in Wichita, KS. Two vaudeville veterans were the stars of the show, Loie Bridge and Harry (Pappy) Cheshire. Over time, the show evolved. Andy Crockett came to the station in 1939 and formed a group that would become the mainstay of the station and program, The Ark Valley Boys. The other members of the show had a wide array of talents. One aspect may have been unique - a setting on the roof of the radio station that allowed outdoor dancing under the stars.

Minabelle Abbott - She was Sara Minabelle Abbott. Sara or Sary Wayne. Minabelle Abbott. Mary Sothern. Minabelle Hutchins. Suzanne Russell. Read how these names played a part in her career. She went from legal secretary at the Crosley Radio Stations to a singer, then one of the most popular radio soap opera actresses. When that role ended, she got back on the radio and took on a different role. She became known as a Legend on Cincinnati Radio.

Sally Foster - She started her radio career as a teenager on the WTMJ Badger State Barn Dance after being prodded to an audition. She was discovered by Uncle Ezra and on to WLS. Then Pappy Cheshire found her and talked her into going to KMOX in St. Louis. She went to Hollywood for a spell. Came back east to Richmond, VA. Then to WCCO in Minneapolis. She was known as the "The Girl With A Smile In Her Voice."

Little George Haab - "Little" was a nickname he got perhaps because of his height. As early as 1934 (when he was about 20), he was mentioned in Microphone Magazine as a "harmonica champion." He was one of the featured artists on the old WRVA "Edgeworth Pipe Club Program" that had a "Corn Cob Pipe Club." From there, he began to appear on the early version of the WRVA Old Dominion Barn Dance in 1940. He was in the U. S. Navy in World War II and was awarded the Purple Heart.

Billy O'Connor (Jack and Bill) - This will take you back to the WSM Grand Ole Opry of 1930. A comedy duo came together - one from Tennessee and the other from the U.K. They were known as Jack and Bill. Each had their own careers before and after they teamed up. This one's about Billy.

Jack Thurston (Jack and Bill) - This will take you back to the WSM Grand Ole Opry of 1930. A comedy duo came together - one from Tennessee and the other from the U.K. They were known as Jack and Bill. Each had their own careers before and after they teamed up. This one's about Jack.

Hank Keene - His biography will take you back to the early days of country music. His personal appearances, usually during the summer, were tent shows. He had a large group of entertainers and they would tour various towns, setting up their tent which could hold nearly 2,000 people, and provide entertainment for audiences. In the fall and winter, he would hook up with a radio station for a time and have a smaller group that performed over the air. One of his golfing partners was Perry Como and that led to a story itself.

Monk and Sam - Monk and Sam were a comedy duo, perhaps vaudeville in nature, but with humor full of corn and pun. Monk was born in England; moved with his family at an early age first to the east coast, then settling in Zanesville, Ohio. Sam was a native of Zanesville. They both wanted to be entertainers and they joined forces and the world was not the same after they begun their efforts. They were known as the "This 'n' That" guys, they created a concept called the "Song Farm." So you thought you knew all of the Grand Ole Opry comedians? You will probably get a chuckle or two after you read their story.

Mickey (Cousin Mickey) Pennington - A native of Kansas, she began her musical journey in 1938 as part of a church program modeled after the "Major Bowes" program of the era. She was listed as a "hillbilly act." Her talents saw her join the staff of KFH in Wichita. Ads billed her as the "...greatest yodler of all time." She soon had her own sponsored show in the morning. Her sponsors included Nutrena Feeds, Tailor Made Feeds, Sarber Nurseries and Carey Salt Company. While listeners first heard her as "Cousin Mickey" in a comedy persona, her vocal talents became known to listeners as Mickey Pennington. She was also a part of the KFH Barn Dance and Frolic show as well.

WSB Barn Dance - We learned a bit of this show's history from author Wayne W. Daniel. He also provided a bit of a seed with some information about the shows. For about a decade, the weekly shows and who were on and what they sang were listed in newspapers. The show evolved over time. This covers the period of roughly 1940 to 1950.

Goldie Hill - She started off singing with her brother, Tommy. Moved on to the KWKH Louisiana Hayride and worked with folks such as Webb Pierce and Billy Walker. Nashville beckoned and she was working on the WSM Grand Ole Opry. She married Carl Smith in 1957. She was also part of the Philip Morris Country Show that traveled around the country for over a year. She also appeared in a couple of movies as well — Country Music Caravan and Tennessee Jamboree.

Vernon Reed - Vernon Reed was one of the first performers on KFH in Wichita. He was known for his writing and acting. He and his wife pallned to open a dramatic art school after they were married. His early radio days crossed paths with another KFH star, Victor (Puny) Hawkins. He took on varied roles with KFH and later developed a character called "The Old Trader" which was part of the KFH Barn Dance and Frolic. He also took part in the popular "Seth Parker Singing School" show on KFH. He dabbled in politics later in life.

Glenna (Strickland) McGinnis - She began her career in high school playing piano for dances as well as the local radio station in Pensacola, FL. She attended Peabody College in Nashville. While there, she appeared on the Grand Ole Opry twice before she was 21 and was on the first broadcast made by WLAC. After graduation, and subsequent marriage, she became Glenna McGinnis. Her career turned towards nutrition and food expert on radio and as a Food Editor for Woman's Day magazine for over 30 years. The reader may end up in the kitchen after reading her story.

Chubby Howard - Chubby Howard was a native of Goose Rock, Kentucky; a steel guitar player who was elected to the Steel Guitar Hall Of Fame in 2015. His career took him to Florida, the northwest in Washington and to Ohio. He was a staff musician for the Renfro Valley Barn Dance for ten years. Along the way he met up with another steel guitarist - Shot Jackson and they did two albums together. During the time he backed Boxcar Willie, he appeared on the WSM Grand Ole Opry 26 times. 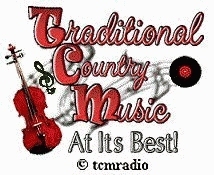